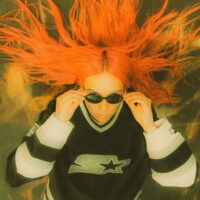 After first arriving on the scene in 2018 with her debut single ‘White Ivory’, underground Melbourne rapper SOPHIYA has returned to finish what she started in 2020. With a string of critically praised singles in ‘Rosie’, ‘Chief O’Kief’ and ‘Lingo’ as well as her long awaited debut EP, Overdue, SOPHIYA has spent 2020 solidifying her claim as a serious force to be reckoned with in hip hop and beyond. From being selected as part of this year’s BIGSOUND50 to delivering an explosive 64 Bars freestyle for Red Bull (which clocked over 540K views), receiving significant support from triple j and triple j unearthed as well as critical acclaim from the likes of Red Bull, Acclaim, Pilerats, Cool Accidents and Purple Sneakers, SOPHIYA’s name has gone from underground to rapper on the rise in 2020. Amassing over 2M streams on Spotify alone, SOPHIYA’s music has been added to The Drip, The Hybrid and New Music Friday AUS/NZ on Spotify as well as New Music Daily, New Fire, The New Australia and many more on Apple Music. Marking the first chapter in her journey so far, Overdue serves as the sonic embodiment of this as she steps out of her bedroom and into the national spotlight. Following on from her formative year in 2018, testing the waters in 2019 and going into 2020with all guns blazing, SOPHIYA’s years of self-discovery, hard work and relentless ambition and creativity have resulted in a formidable body of work.

To be the first to know about all things King St Carnival, please subscribe to our newsletter!